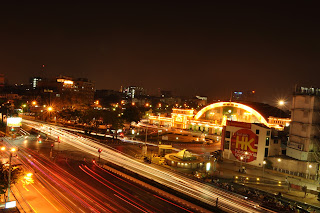 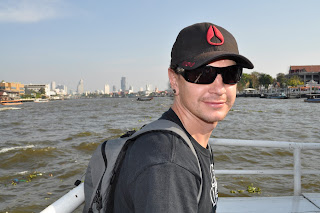 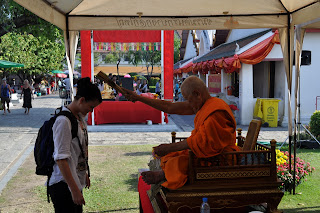 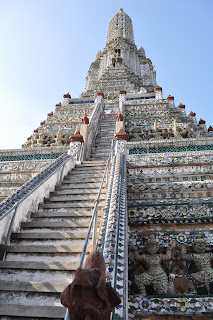 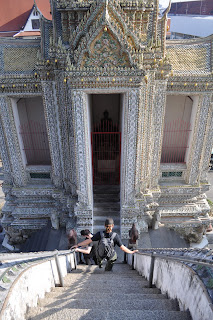 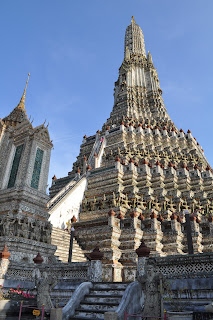 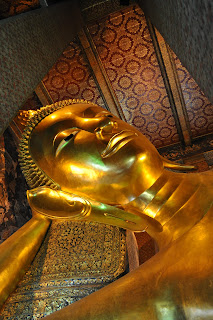 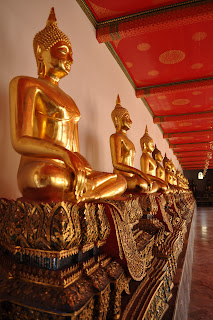 Arriving at Bangkok airport we thought lets give the train system a go... Too easy! we made it to our guesthouse so easily we thought was it really that easy in this massive city? We got a little bit cocky after that. Checked into @ Hua Lamphong guesthouse. Awesome place, best yet! It's a santuary away from the busy streets of Bangkok and not too badly priced and vey central to all transport.Our first day we spent 2 hrs with this really friendly tuk tuk driver, well that's what we thought in the begginning.He promised us to take us to all these fantastic tourist places for a cheap price and he just ended up driving us to all his sponsors expensive tailor shops so he could get free fuel vouchers. We told him no more, take us back to our hotel. We chilled there for a couple of hours then ventured out to find Chinatown to go and have some dinner. Some tuk tuk drivers or their friends found us on the way. What they do is get  their friend to on foot to talk to us and be all friendly and charming to usand they tell you the destination we are heading to is closed, so they suggest you get a tuk tuk ( which conveniently appears out of nowhere) to this other place where there is lots of food stalls. You thank them then get into the tuk tuk and end up at some fancy seafood restaurant, the only place there to eat also. This restaurant charges 600 baht per dish and then you have to get rice as well for 300 baht and then on top of this pay a 10% service charge.To put this into perspective seafood dish is normally 150-200 baht and rice is 15-25 baht. So we were stuck in the middle of nowhere. For some stupid reason we jumped into another tuk tuk to go to some night markets again, he took us to another overly priced seafood restaurant.We got into an arguement over it not being the place we asked for and then he just took off with us in the back still and he wouldn't speak to us. At this point we were really annoyed and scared as to where he was taking us now. He drove to some deserted street and told us to get out and pay him. We just paid him so he would piss off really. So we wandered around trying to find a train station and couln't find it so we just went to a 7/11 and bought some beers and sat on the corner of the street and just got pissed. We must have had fresh meat written all over us, the alcohol definately calmed the nerves and we ended up making a good night of it.
The next morning our heads were pretty sore so we had a sleep in. After we met lots of fellow travelers who gave us some fantastic advice and we also read our lonely planet book. Everything it said not to do in the book we had done the previous night in regards to the tuk tuk drivers. Oh well lesson learned. We thought lets give Bangkok a second chance. We found some temples  and decided to take a bus for 7 baht each to visit them. Wat Pho temple is from the 16th century with the largest reclining Buddha . 45m long and 15m high. Stunning and beautiful.Then we caught a ferry over the river to another temple, Wat Arun.We had a really old Monk bless us and gave us wrist band to wear, apparently we will have good luck for a whole year. We are heading to Chiang Mai in a couple of days, hoping its a bit slower paced for us.
Posted by Sasha and Luke at 12:09 AM