After arriving in Phnom Penh we got a tuk tuk by this lovely man who loved kiwi's. He took us to our hostel "Me mates place". The staff were great especially one guy who called himself Tony Montana, and the room was really nice except we found it a bit expensive compared to Laos and Vietnam, when you think of it though it was still relativly cheap compared to back home. We arranged to visit the Cheoung Ek killing fields and Tuoel Slung prison (s-21) the next day. For dinner we wanted to try a local dish so we ordered the traditional Amok curry with fish and rice, was nice. It has these tiny eggplants in it that looked like peas. Luke asked if it was spicy, oh no not spicy she said, woah was it spicy!!. The next day we took our tuk tuk out to the killing fields. The first image we are confronted with is a 18m high stupa full of 8000 human skulls and other assorted bones on 17 levels. It was very confronting to see and all the victims clothes were on the bottom tier. There were many signs across the site explaining what each area was used for or the mass graves that had been found and excavated. It was hard not to get emotional while visiting this place were such horror and brutal killings of innocent men, women and children had taken place. It's hard to believe it was only 30yrs ago! 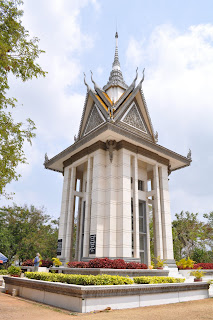 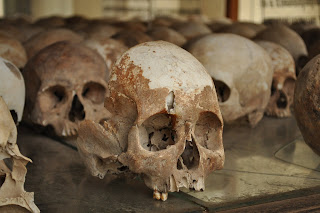 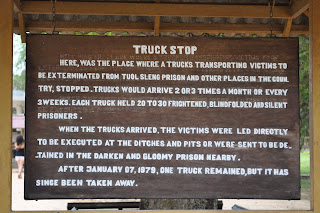 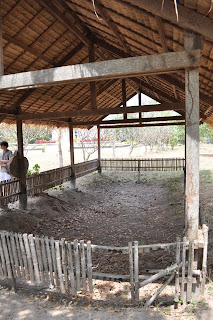 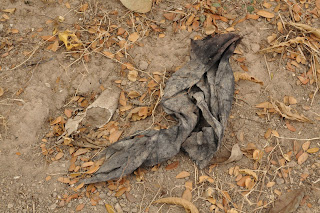 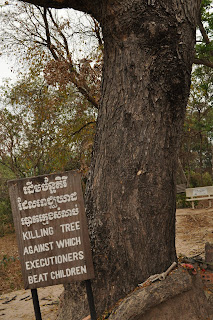 I asked if they would mind if I took photo's and they were very encouraging as they want to show people/the world what happened to the Cambodian people and make sure that such things may not / will not happen again.

From there we went to S-21 prison which used to be a school and had been converted into the prison you see today. This was the prison where they held, so called prisoners, before they took them to the killing fields, that is if they lived that long. This was for some reason a lot more evil than the killing fields. The classrooms were transformed into cells with cells within them. And there was other rooms used for torture, blood stains still stained the floors, the childrens playground equipmet had been used as torture devices. Photos of the victims lined the wall. Next to the killing fields this is the most evil, sad and heartbreaking place we had ever been to. 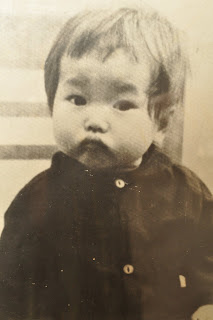 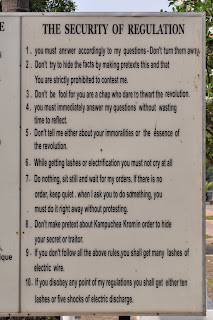 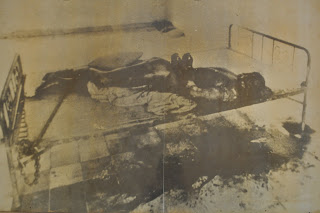 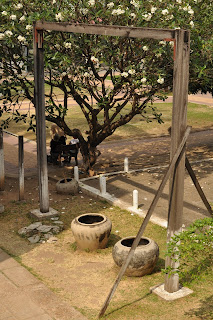 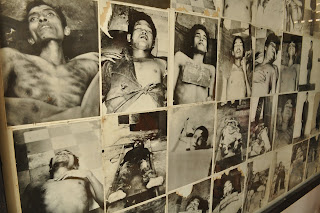 Siem Reap was next, we got another bus ride there and we stayed for 6 nights in total, our longest stay in the one place yet. Really nice and friendly people. Got on the piss the first night there as it was Sashies birthday. Got on it at a place called The Temple Club. Played some pool then wayched a traditional Apsara dance upstairs in the restaurant. We made friends with a young man named Penh Pen that we took a shine too and he to us. He is a lovely person and we will keep in contact with him, we arranged to meet him for lunch the following day. We tried some frog that a Intrepid group from another table offered us, tastes very much like chicken. Went and checked out the Temples on the 3rd and 4th days with a guy we met from Canada named Robin. Hi Robin if you read this, thanks for the fun times! The Temples were absolutely amazing. The next day we were walking down pub street and who do we see... our English mates from Vang Vieng Jordan and Kathy. Decided to go for a swim with them at a 5 star hotel then got cleaned up and met them for dinner and drinks. Messy night again but had lots and lots of shits and giggles.Chilled out the next couple of days before going back to Bangkok. When we got back there we basically just tried to rest and recouperate and get all our washing and stuff done before we started on our next adventure of Africa!! 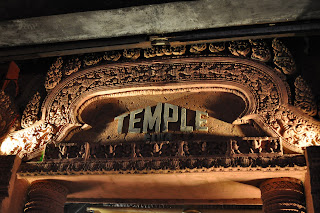 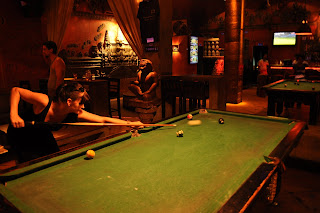 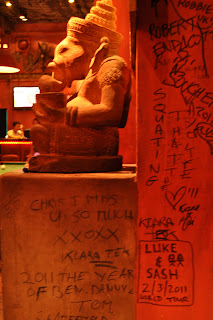 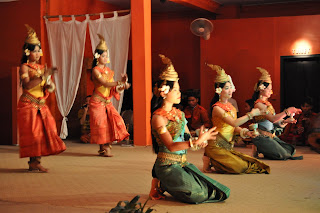 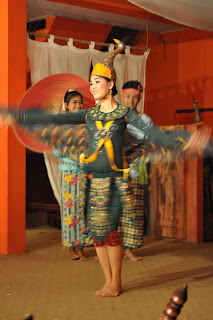 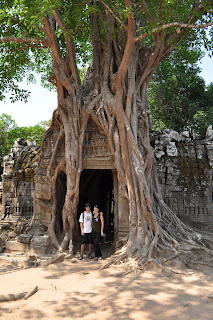 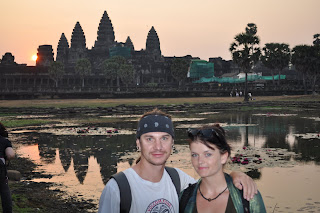 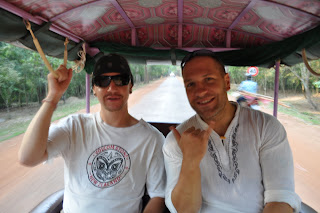 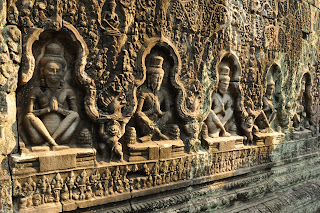 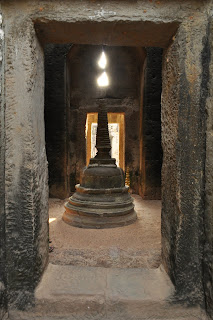 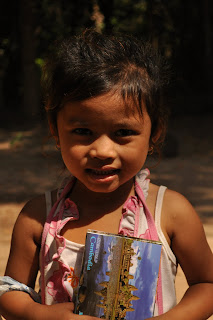 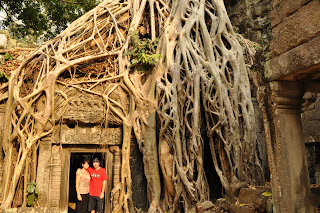 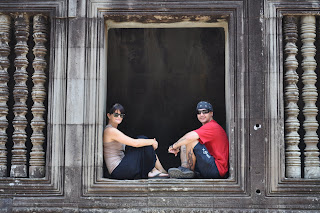